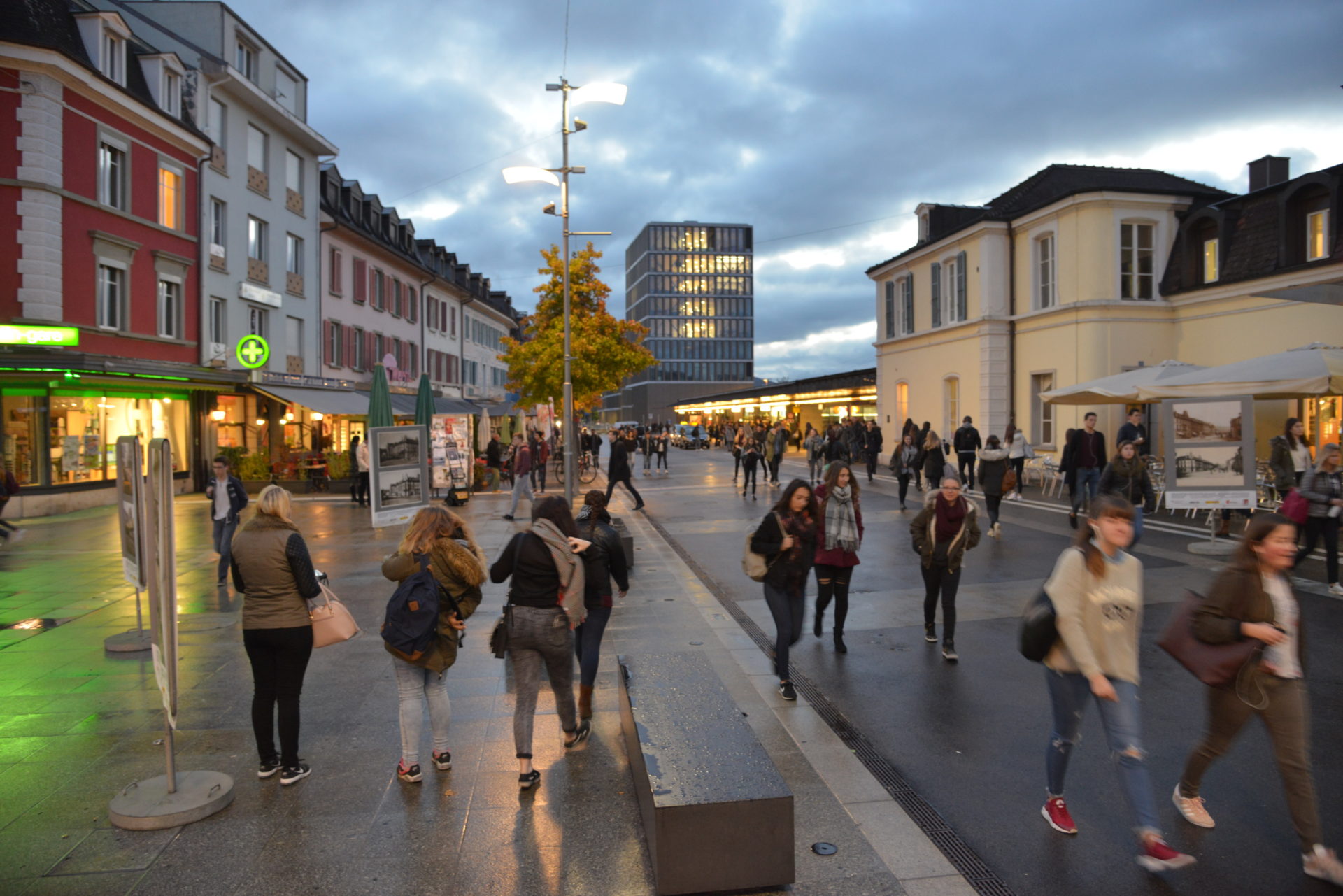 Meeting zones enable public space around stations to be reclassified, to promote mobility and pedestrian flow as well as to create new living spaces and harmonious hubs.

Stations are developing and new hubs are emerging. In addition to being transport hubs, they also attract businesses, offices, shopping locations, restaurants and sometimes accommodation, too. They are home to new forms of mobility: self-service bike hire, facilities to charge electric cars and bikes, self-service cars etc. Passenger flows are increasing and these need to cohabit harmoniously with the different forms of mobility.

Good management of public spaces is therefore a central issue. Planning a meeting zone around a station has several objectives:

A meeting zone is therefore a decisive element in the layout around a station whatever its size. Having such areas helps make a train station fit for the 21st century, not only as a transport hub, but also as a living space emblematic of the town.

More information is available at https://www.ate.ch/themes/rues-pour-tout-le-monde/zones-de-rencontre/gare/