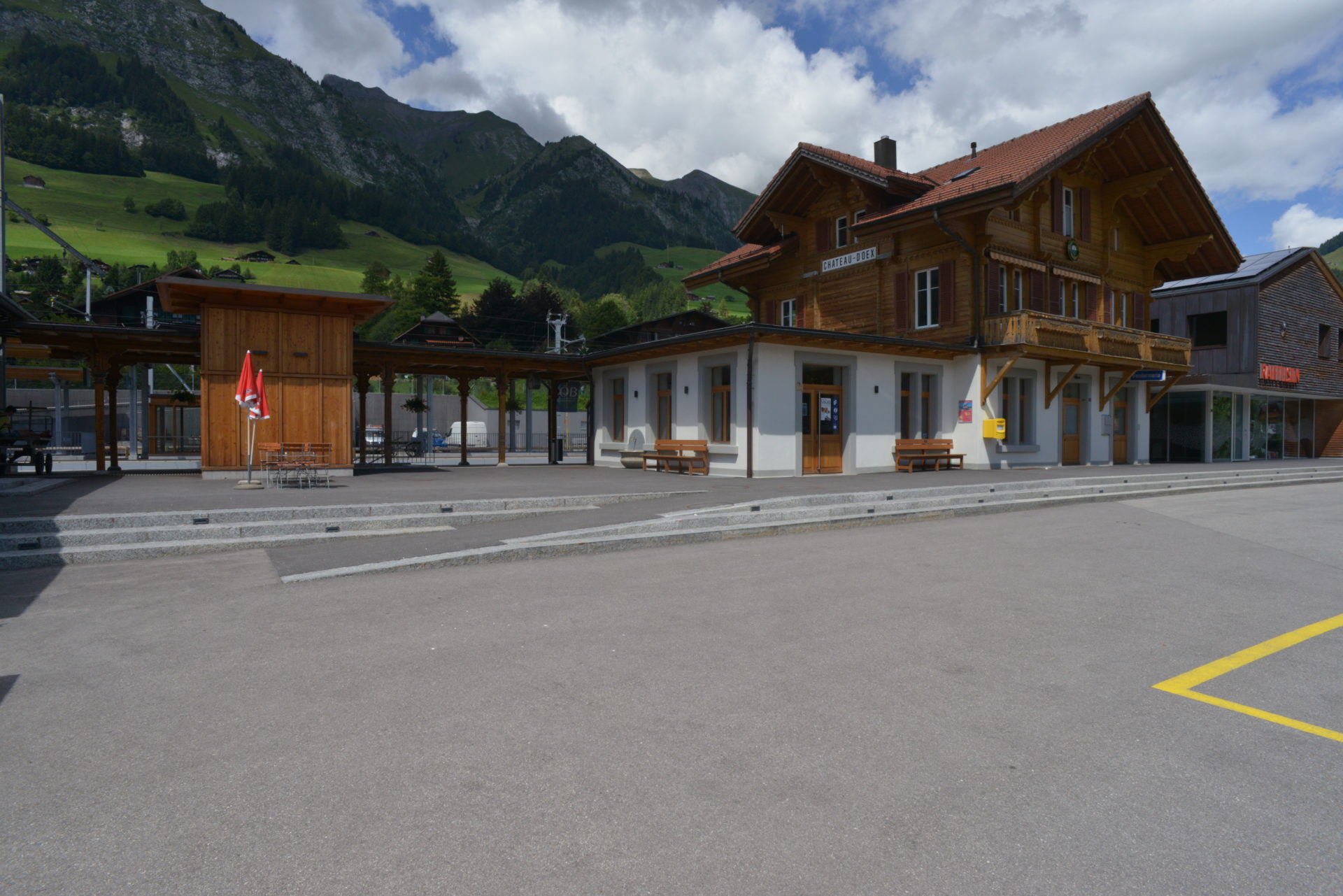 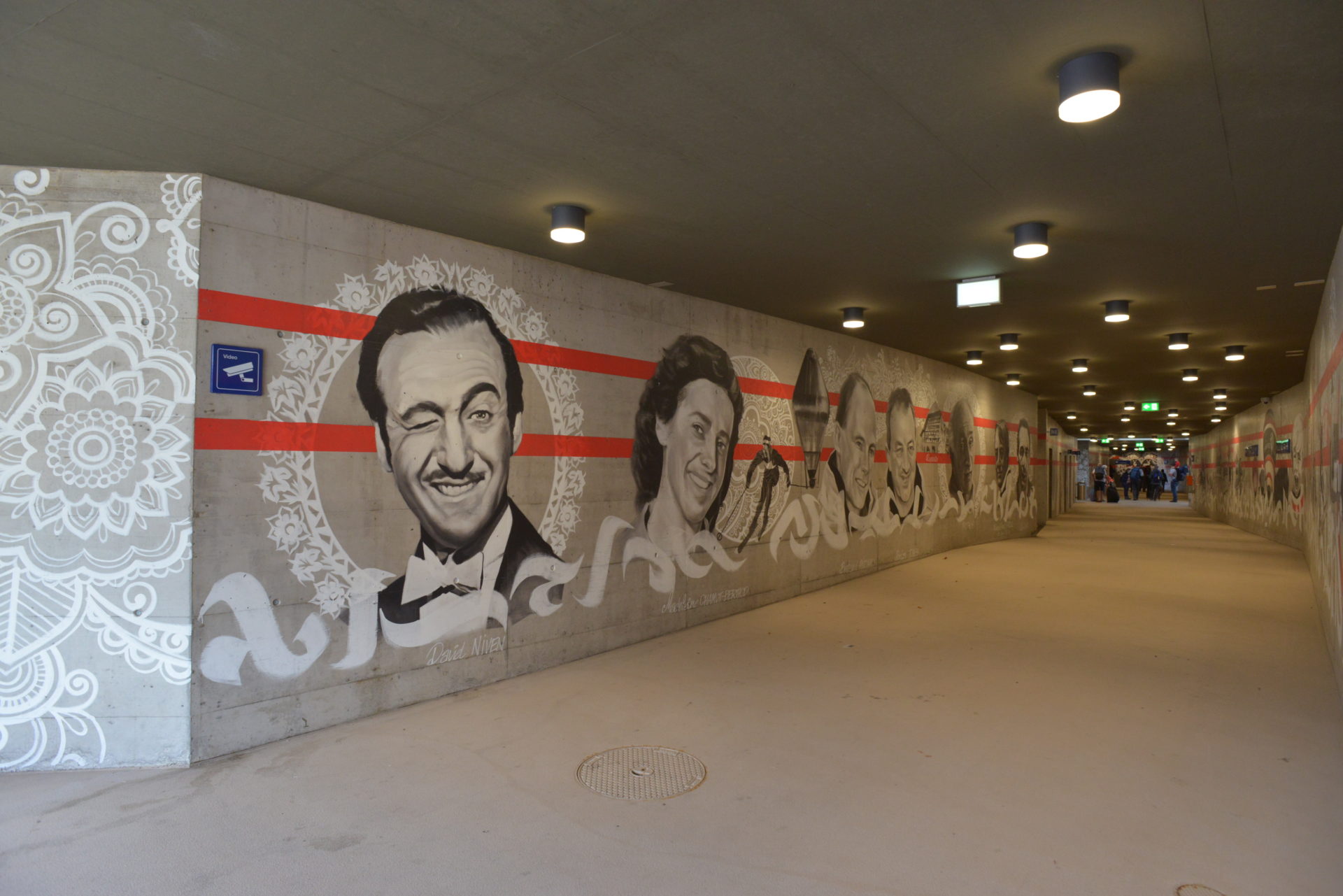 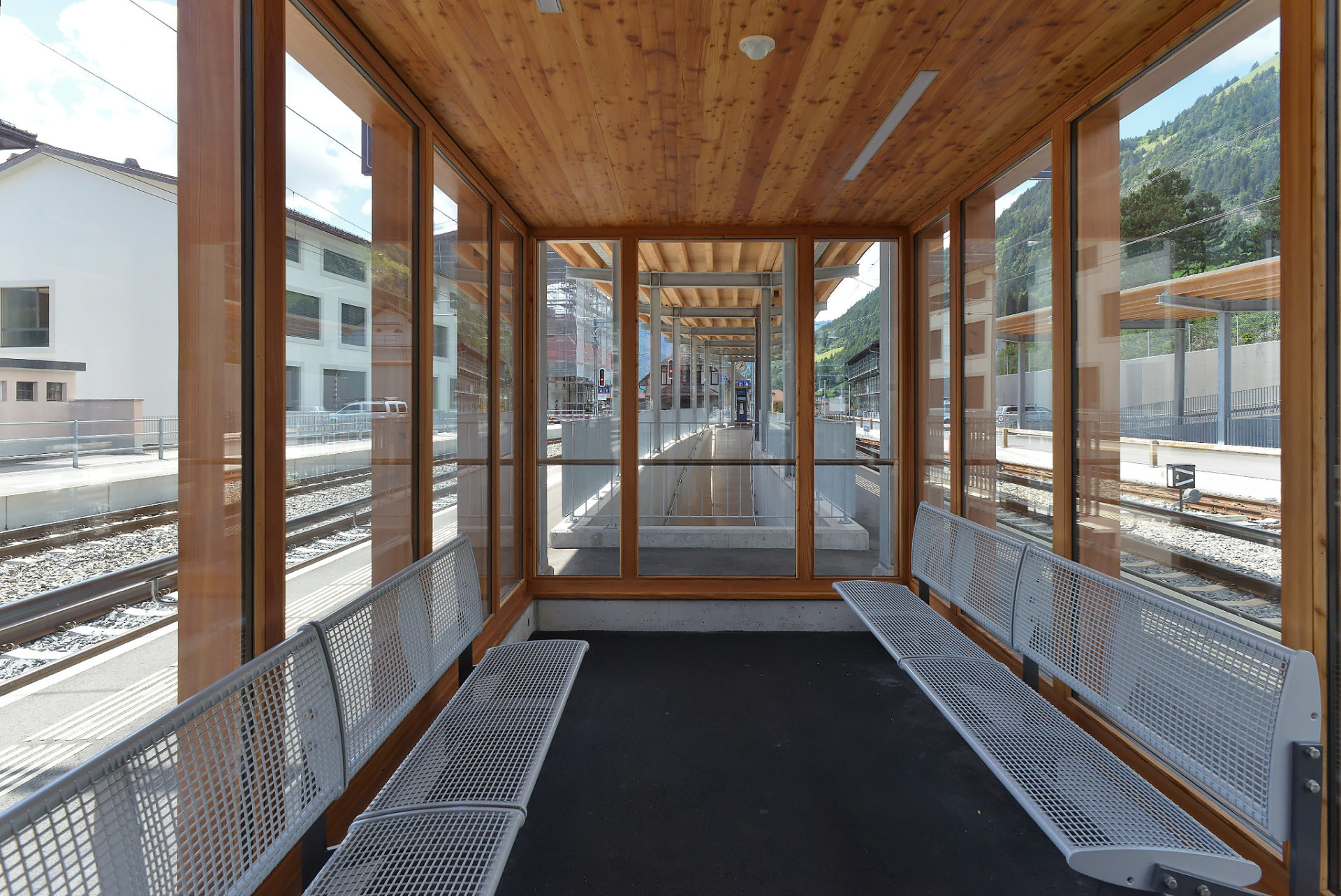 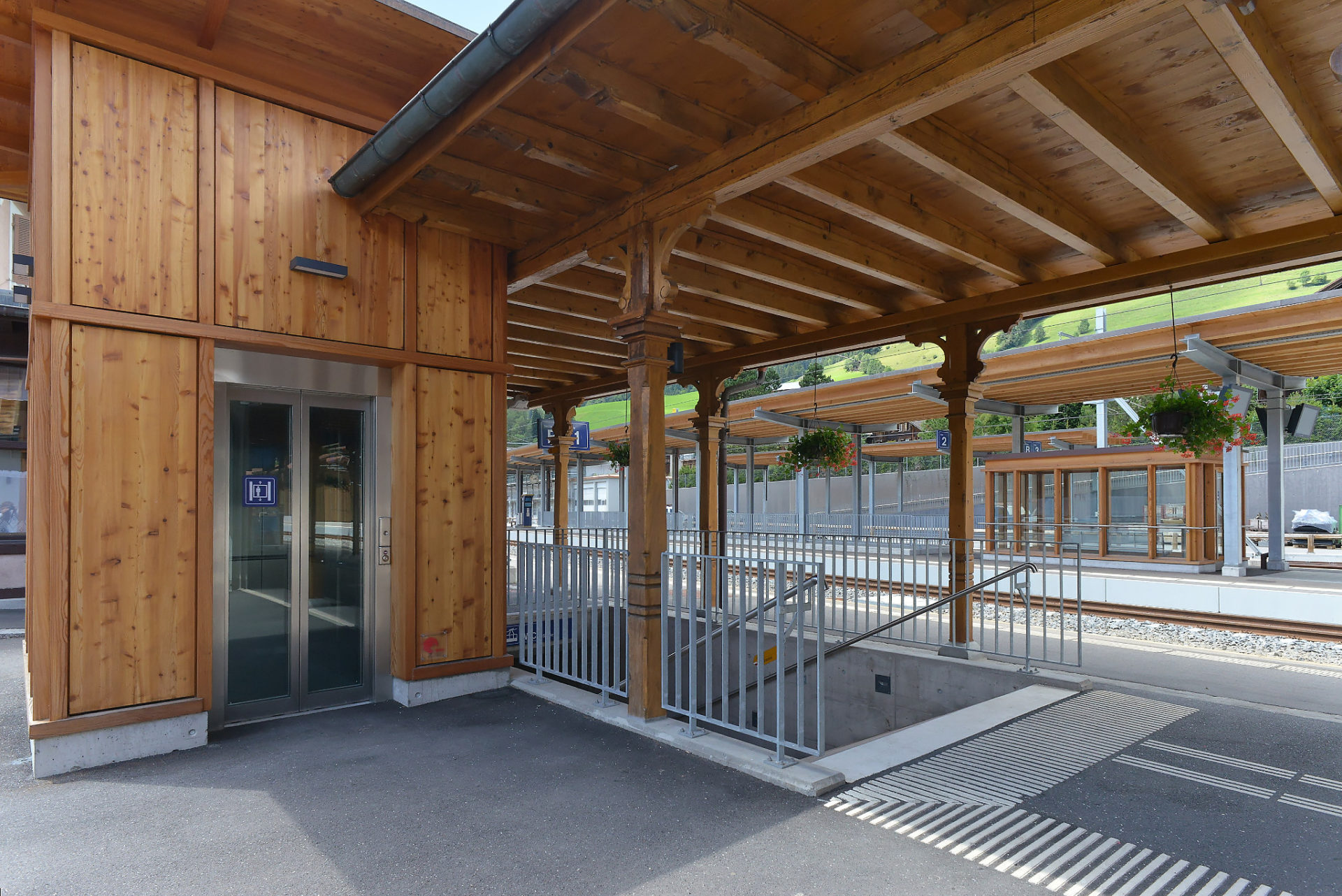 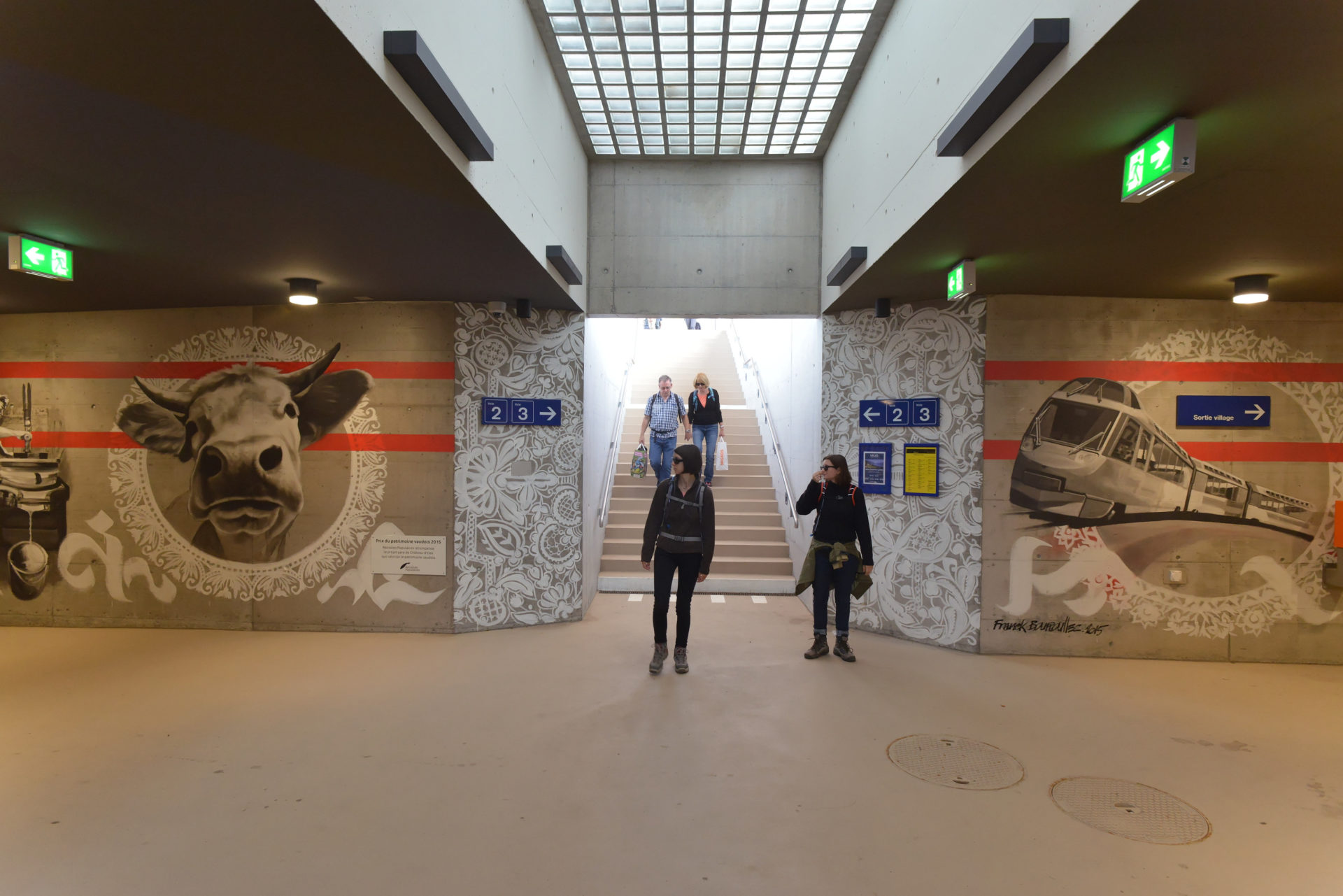 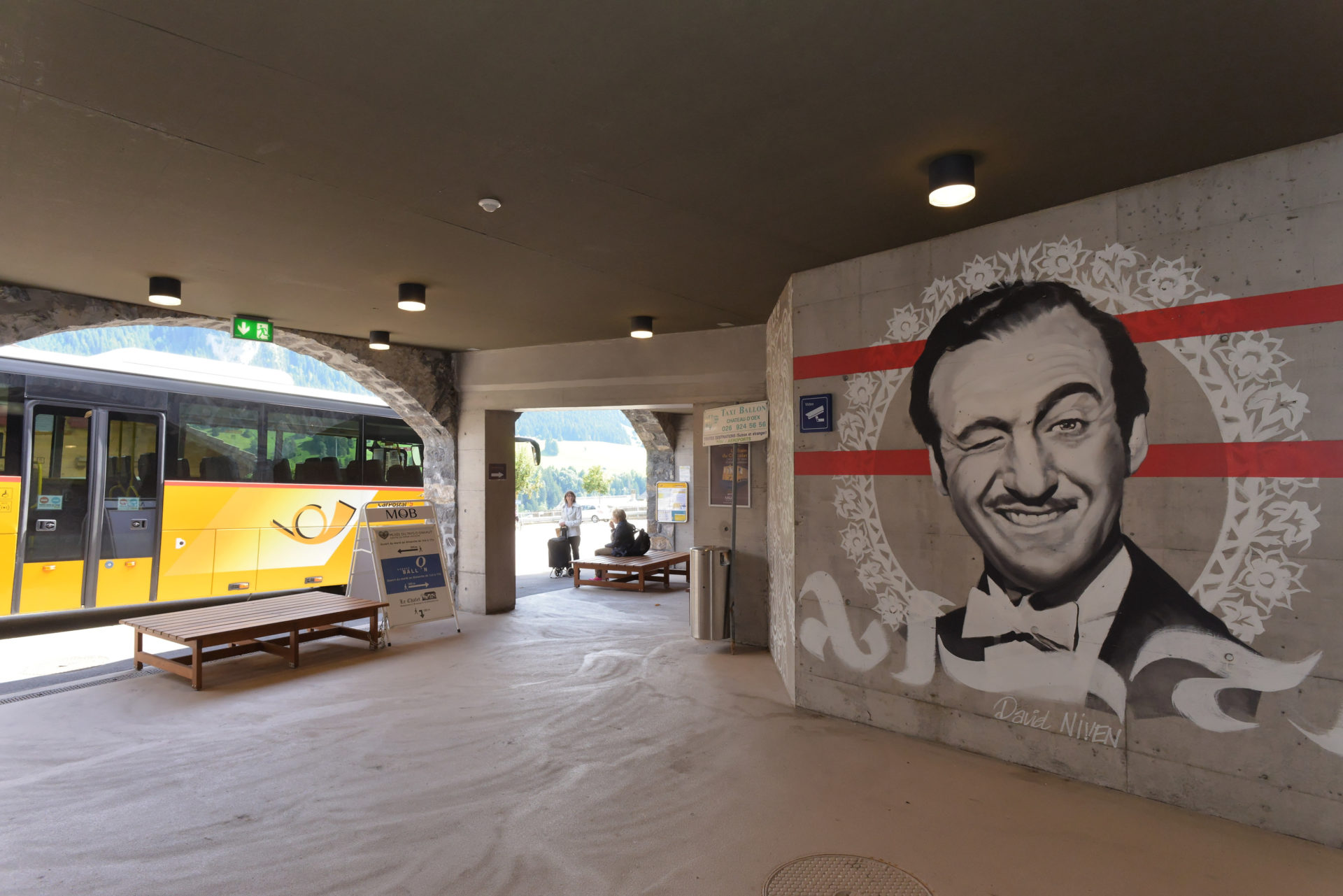 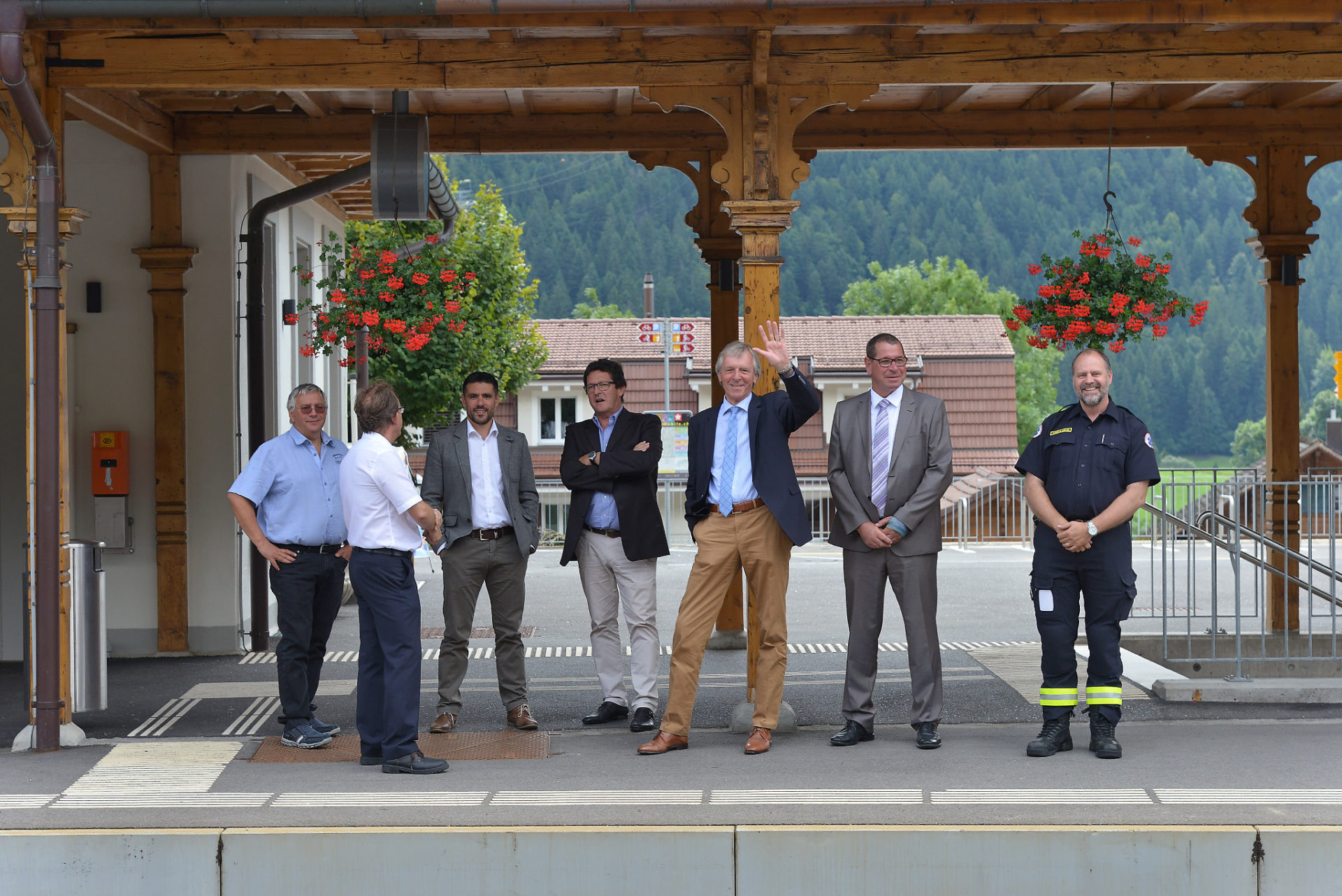 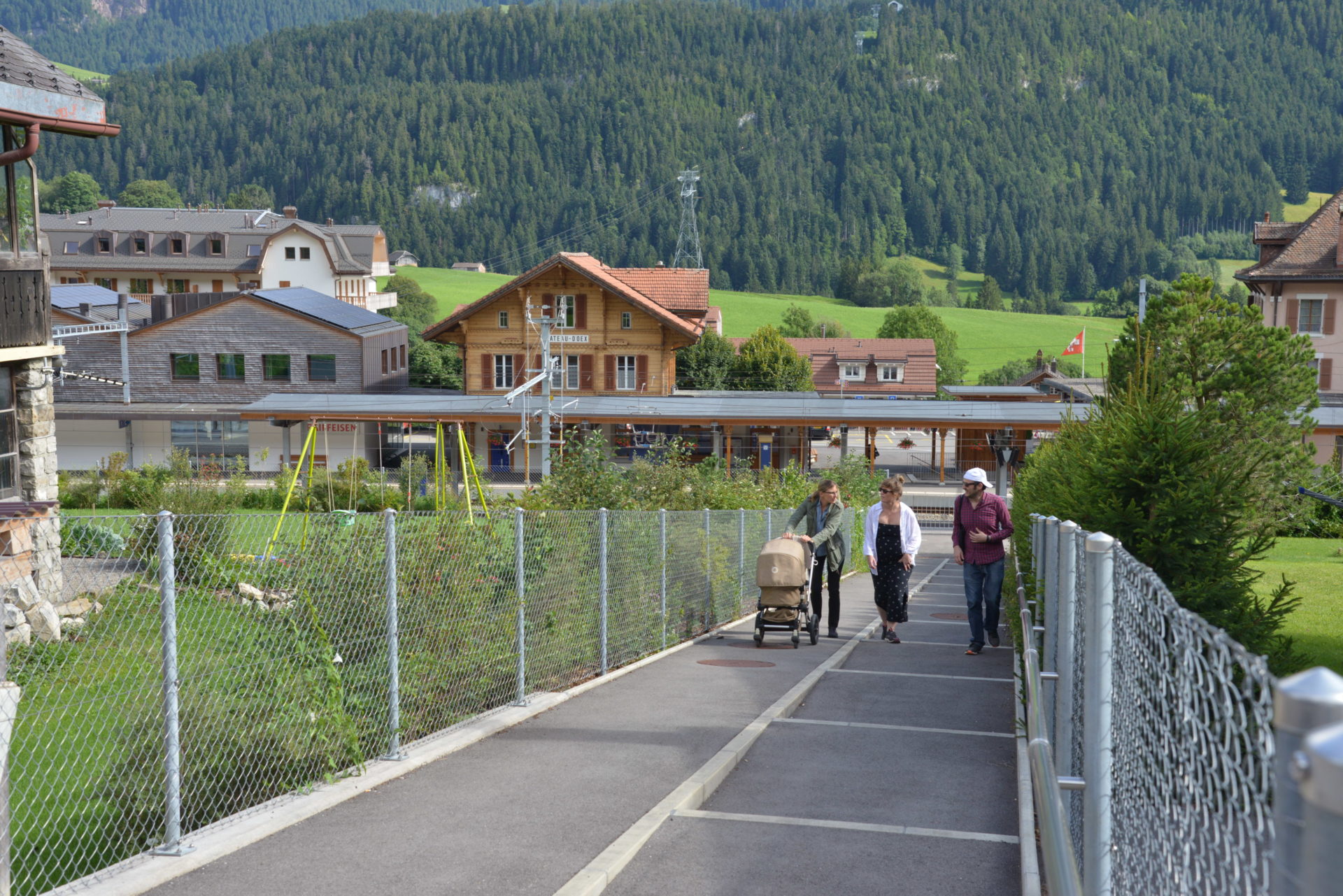 1. The railway station – an element of tourism development

Château-d’Oex station was built in 1904 and underwent exemplary renovation work in 2015. The original infrastructure was restored and adapted in line with modern safety and comfort criteria and to meet the requirements of the upcoming large trains of the TransGoldenPass as part of a two-year project. The municipality and Montreux Oberland Bernois Railway (MOB) took the opportunity to customize the train station to lend it a strong regional identity and leave travellers with an unforgettable impression. Special attention was paid to the track underpass, which is a central element in the design of this location. It was designed by the artist Franck Bouroullec, who took inspiration from the local arts and crafts silhouette style.

2. Between tradition and modernity

The Château-d’Oex municipality is situated at an altitude of 970 metres in the Pays-d’Enhaut district in the canton of Vaud. It borders Gruyères, the Vaud Alps and the Saanen municipality.

The trains of the Montreux Oberland Bernois Railway have passed through the municipality since 1904, including the GoldenPass linking Montreux and Zweisimmen. The GoldenPass is one of the region’s biggest tourist attractions and an important tourist hub for the country. It also contributes to the economic and social development of the region. As such, the train station is strategically important to the lives of residents and development in the municipality.

3. A small station with all the comfort needed

The station combines rail travel, Postbuses, school bus services, tourist transport and taxis in one location. It features three elevated platforms in conformity with the Disability Discrimination Act to enable access by people with restricted mobility. Passengers can switch from train to bus without needing to cover any long distances. A spacious rail underpass links the platforms using stairs, ramps and lifts.

Exiting the station brings you to a small, ground-level square with a ticket booth also providing information on the region and local products. Next to / opposite the station are a bank, restaurant, bicycle racks, several parking spaces, short-term parking and tourist information boards. To the south of the station there is a rail underpass leading to the Postbus stop and village. Heading north you reach a residential area with chalets.

The village centre is a few hundred metres away. It features a meeting zone and a 30 km/h zone, which acts to calm the traffic that recently stretched all the way to the station.

The main tourist attractions (village centre, museum, cheese dairy, hot air ballooning etc.) are located within a radius of 300 metres from the station.

The exemplary design of the station is the result of collaboration between the municipal authorities and MOB transport company, which have demonstrated their dynamism and capacity to innovate. The infrastructure and platforms were renovated as part of the construction work and adapted in line with the future requirements of the 220-metre long trains of the GoldenPass. The station access points to the station have also been suitably designed for people with reduced mobility, platforms have been raised, an appealing travel and shopping information center has been created for travellers, and a railway underpass has been built.

Aside from modernization, the goal was to improve the comfort, safety and accessibility of the station while simultaneously preserving the cultural heritage and original charm of the station – a challenge that has certainly been met.

The total costs for the construction work were CHF 22 million, which were divided between MOB, the canton and municipality.

The municipality used the opportunity to improve the pedestrian walkways in the village and make the railway underpass – often an unsafe place – a showpiece. The financial contribution from the municipality to extend the underpass was CHF 740,000.

The platforms had previously cut through the village, forcing pedestrians to take a dangerous detour across one of the two overpasses at the ends of the station. These overpasses no longer exist. The route now passes through the new underpass, which acts as a link between the northern and southern parts of the village.

The underpass was designed to be a true work of art. The artist Franck Bouroullec painted portraits of regional personalities in a style reminiscent of silhouette cut-outs – an art and crafts style typical of the local area. Events now also take place there and the art was given an award as part of a contest held by Retraites Populaires, which helped secure financing.

With the charming and pleasant character of the railway underpass, the municipality has considerably enhanced the village’s footpaths. The north exit of the walkway has been extended with a ramp path to make access easier for those with reduced mobility, prams and bikes. To the south, the railway underpass leads directly to the Postbus stop and an area that is intended to be designated as a 30 km/h zone or a meeting area going forward.