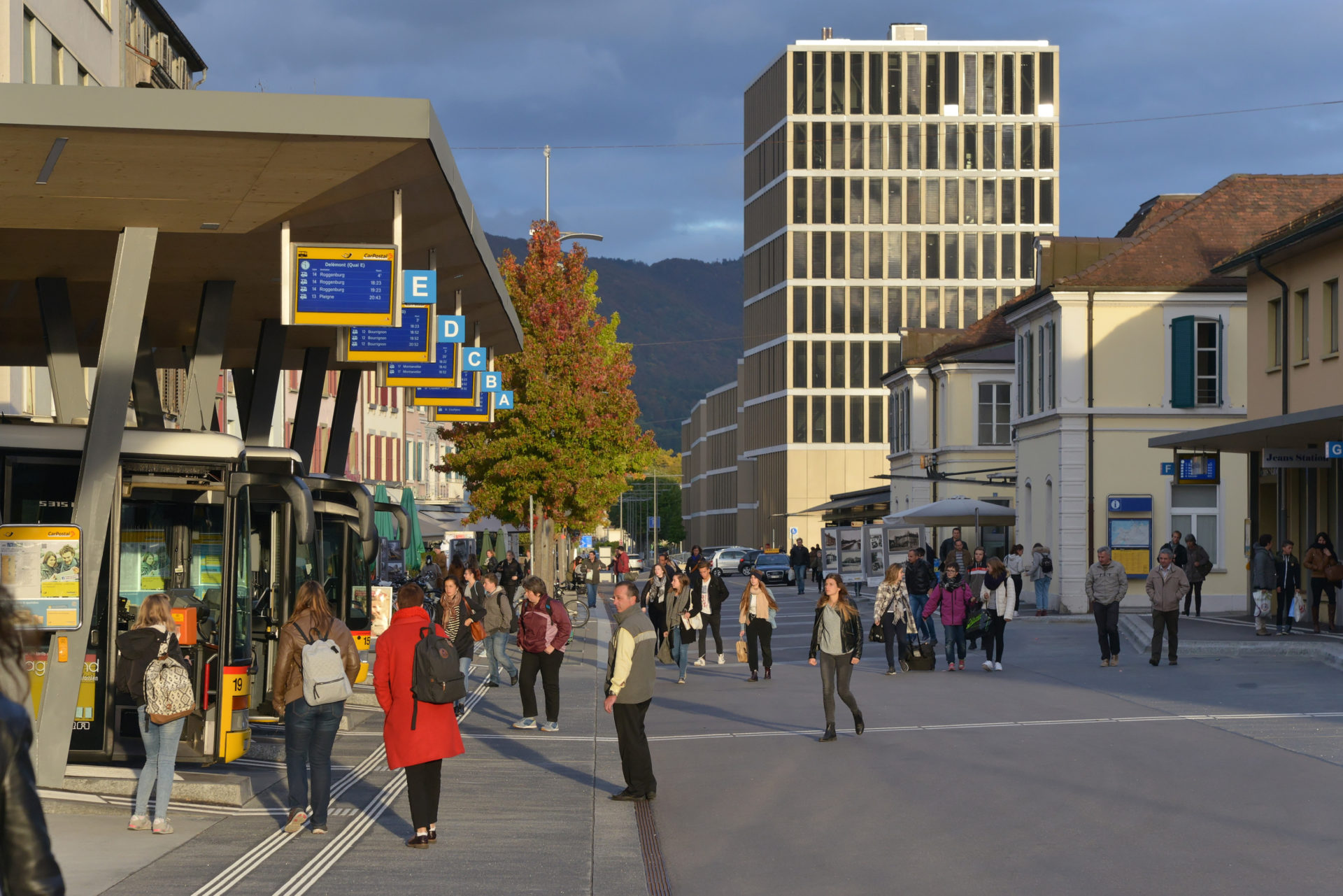 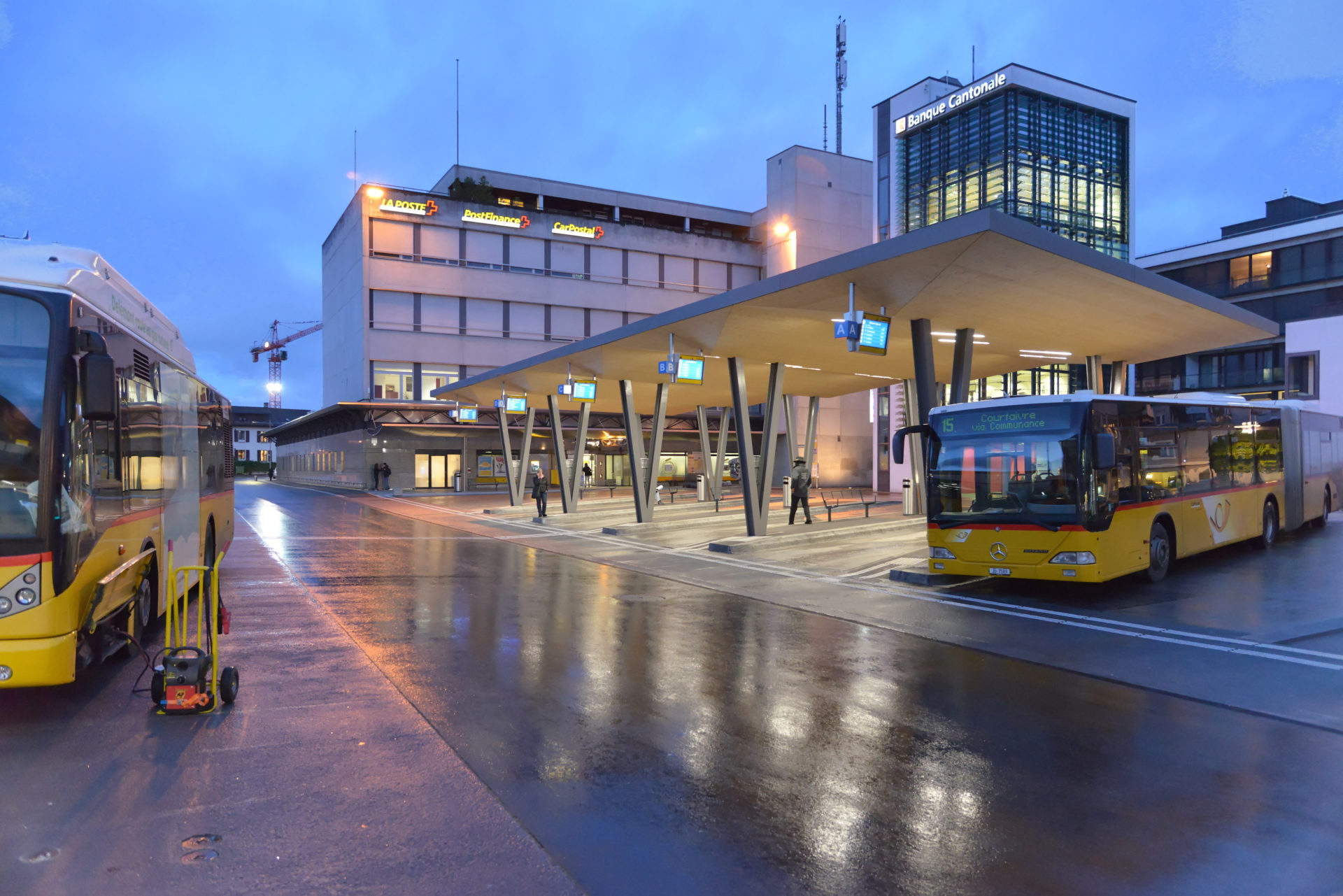 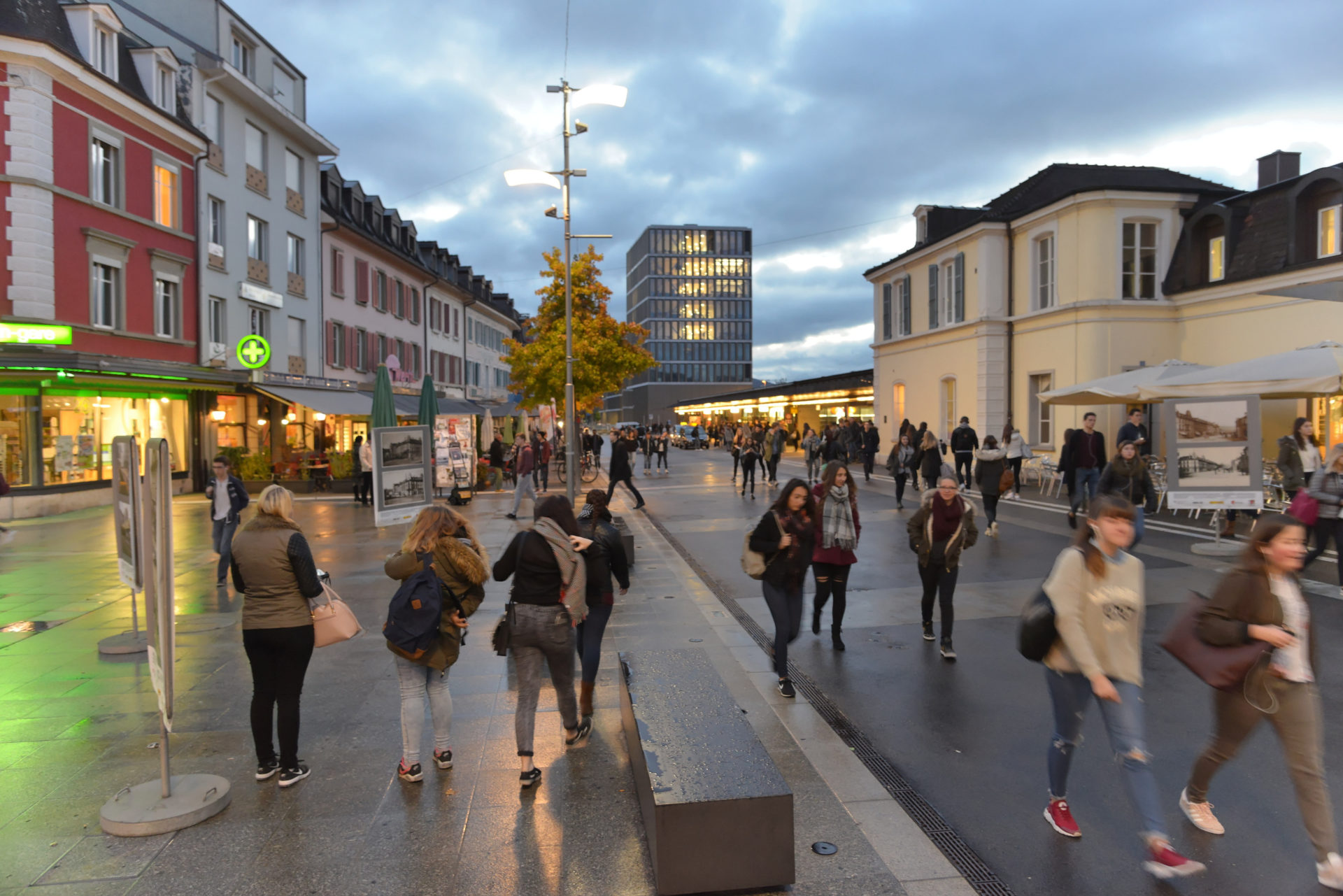 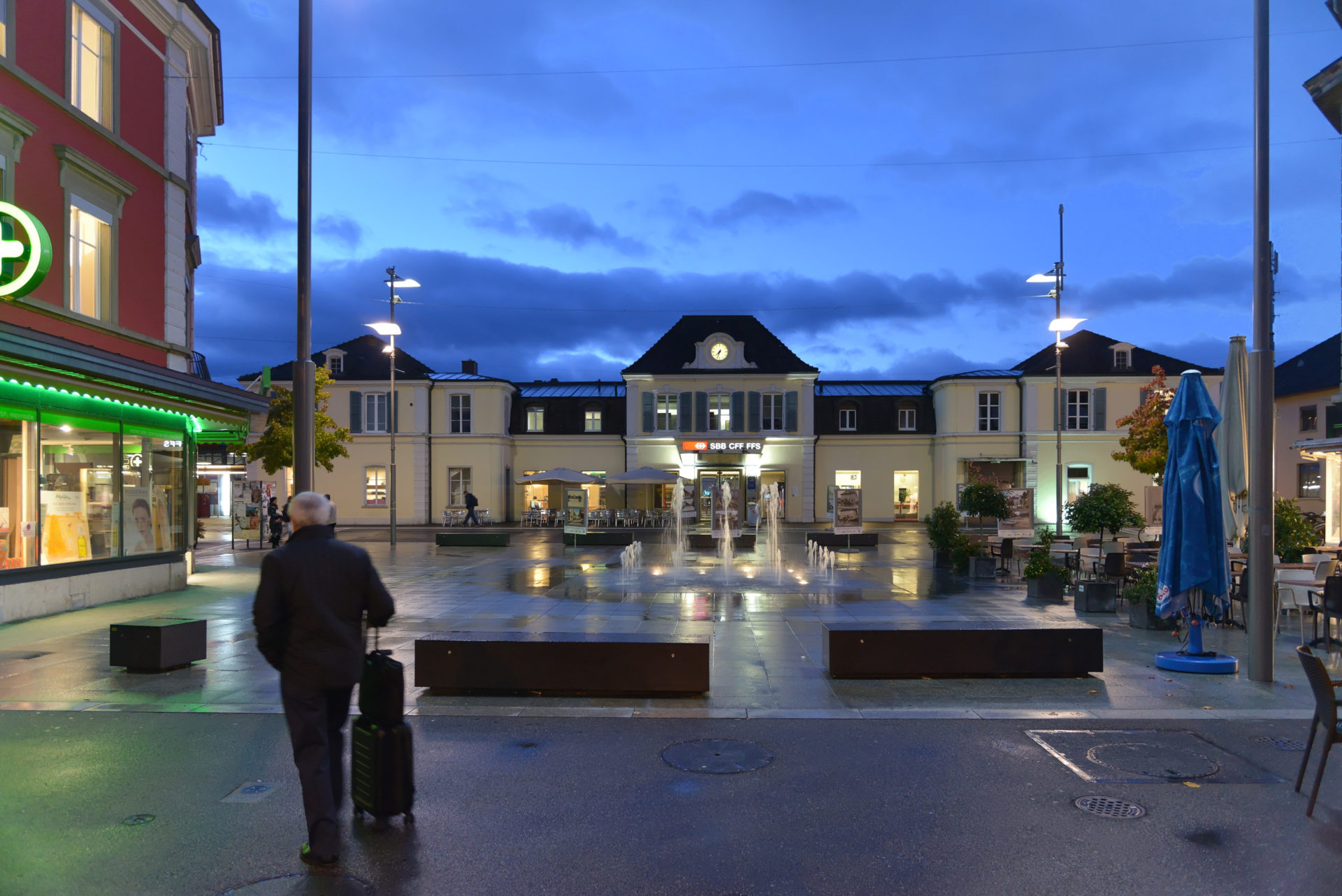 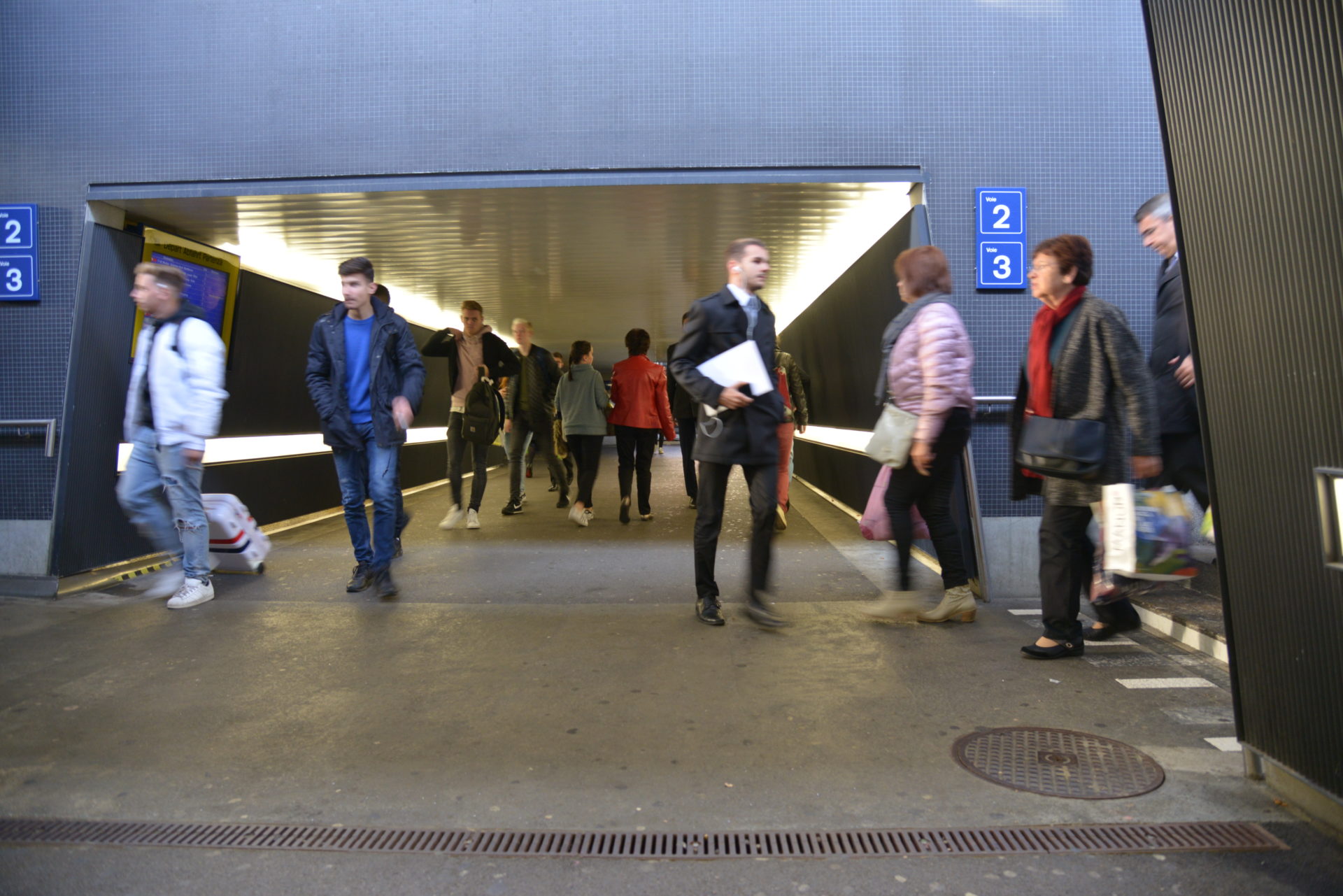 The “FLUX – Golden Transport Hub” prize is one of Switzerland’s most prestigious mobility awards. The FLUX prize rewards municipalities that make life easier for commuters and passengers. The jury consisting of eleven Swiss public transport experts chooses a different main theme each year. The final contenders for the 2016 main prize were Delémont (JU), Dornach-Arlesheim (SO/BL), Interlaken West (BE) and Wettingen (AG). The most convincing hub, however, turned out to be Delémont.

A delegation headed by Mayor Damien Chappuis accepted the bronze statuette at Berne’s Westside on 1 December 2016. The winning municipality also receives CHF 5,000. The award ceremony was held as part of PostBus’s Movimento Forum for Mobility. The way in which Delémont’s train station seamlessly connects the various means of transport, including trains, buses, bicycles and private transport, convinced the jury led by APT Director Ueli Stückelberger. And with its harmonious architecture, services, shops and restaurants, the area is an attractive place for visitors to spend time in, not least thanks to the new bus station that was opened on 24 September 2016.