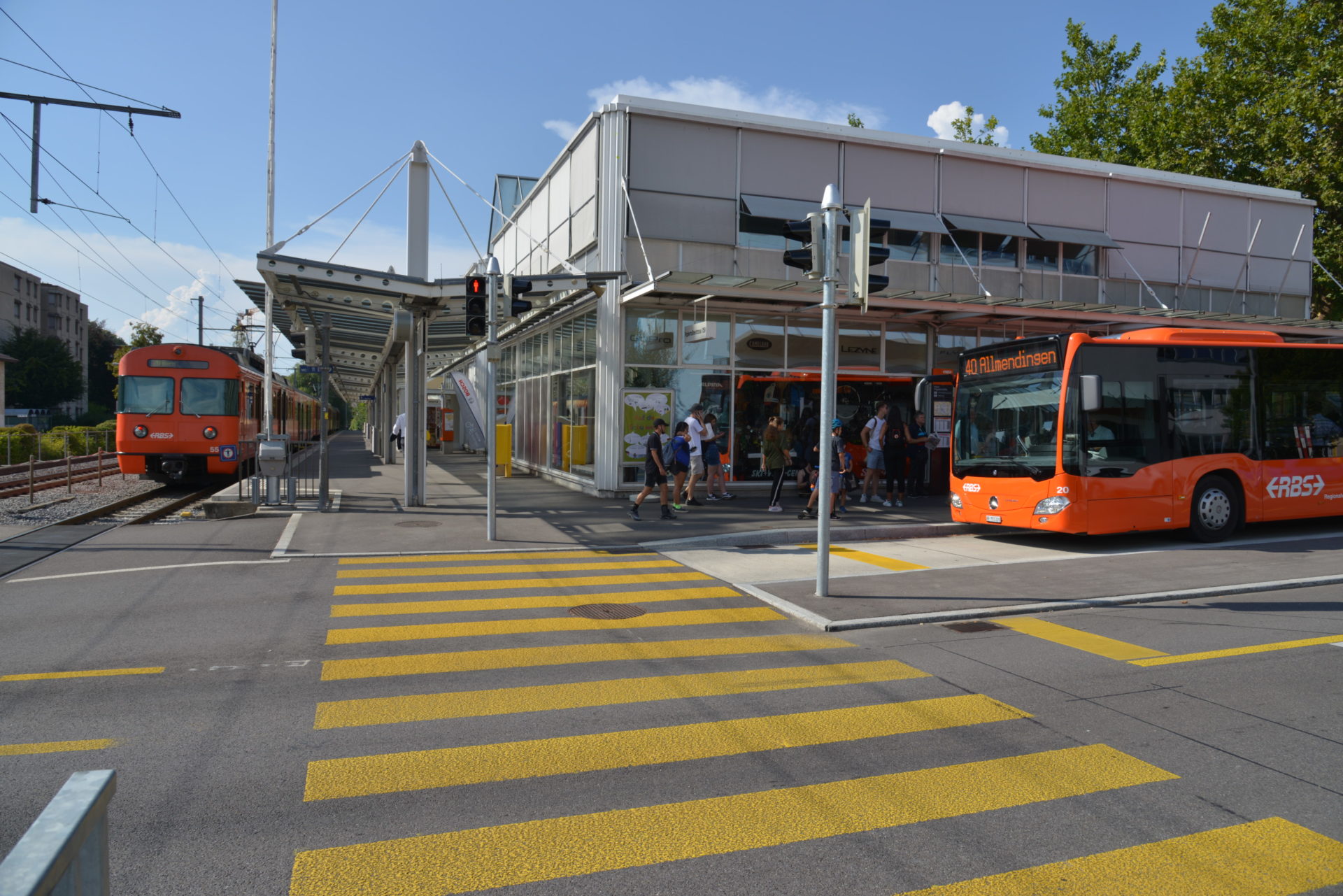 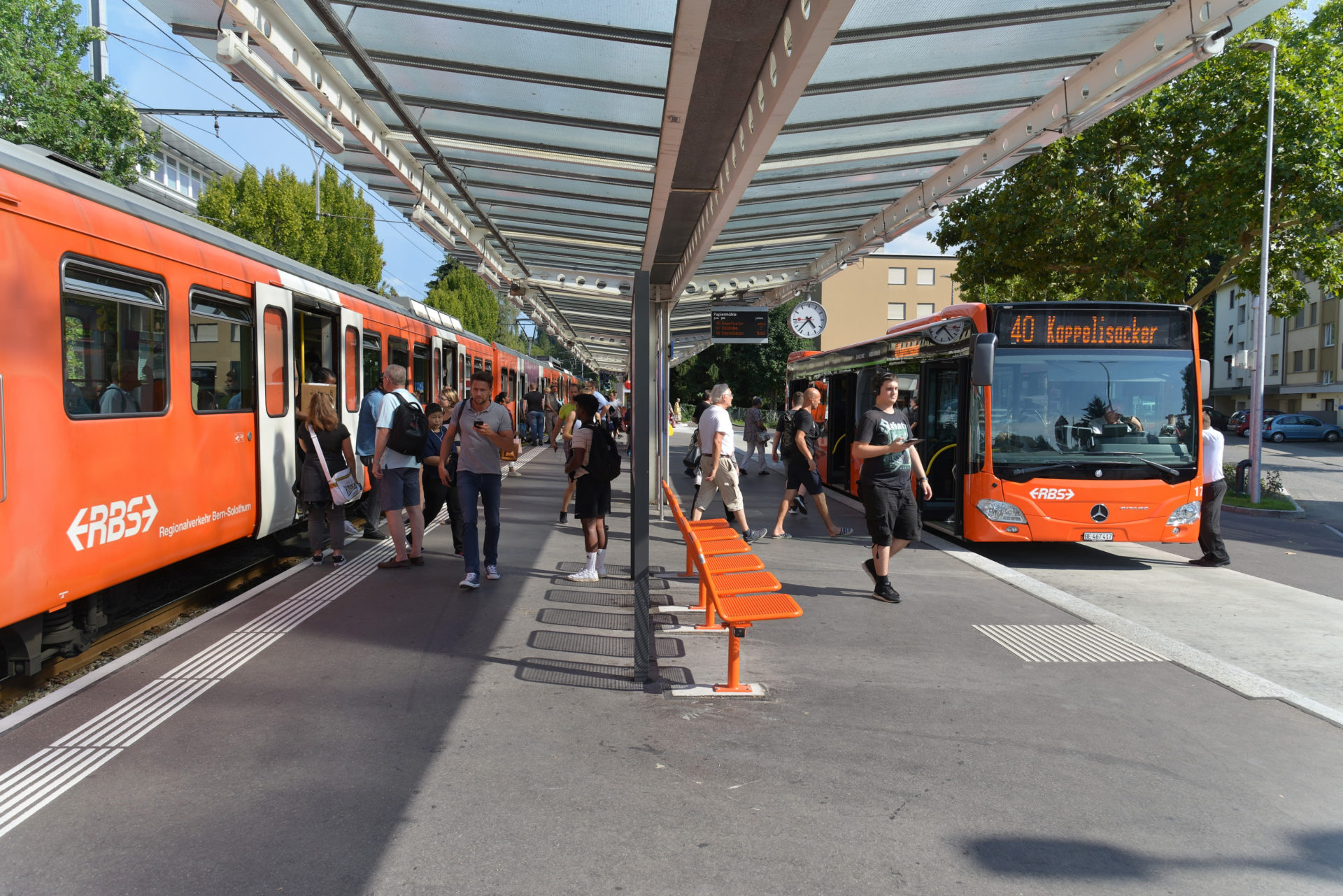 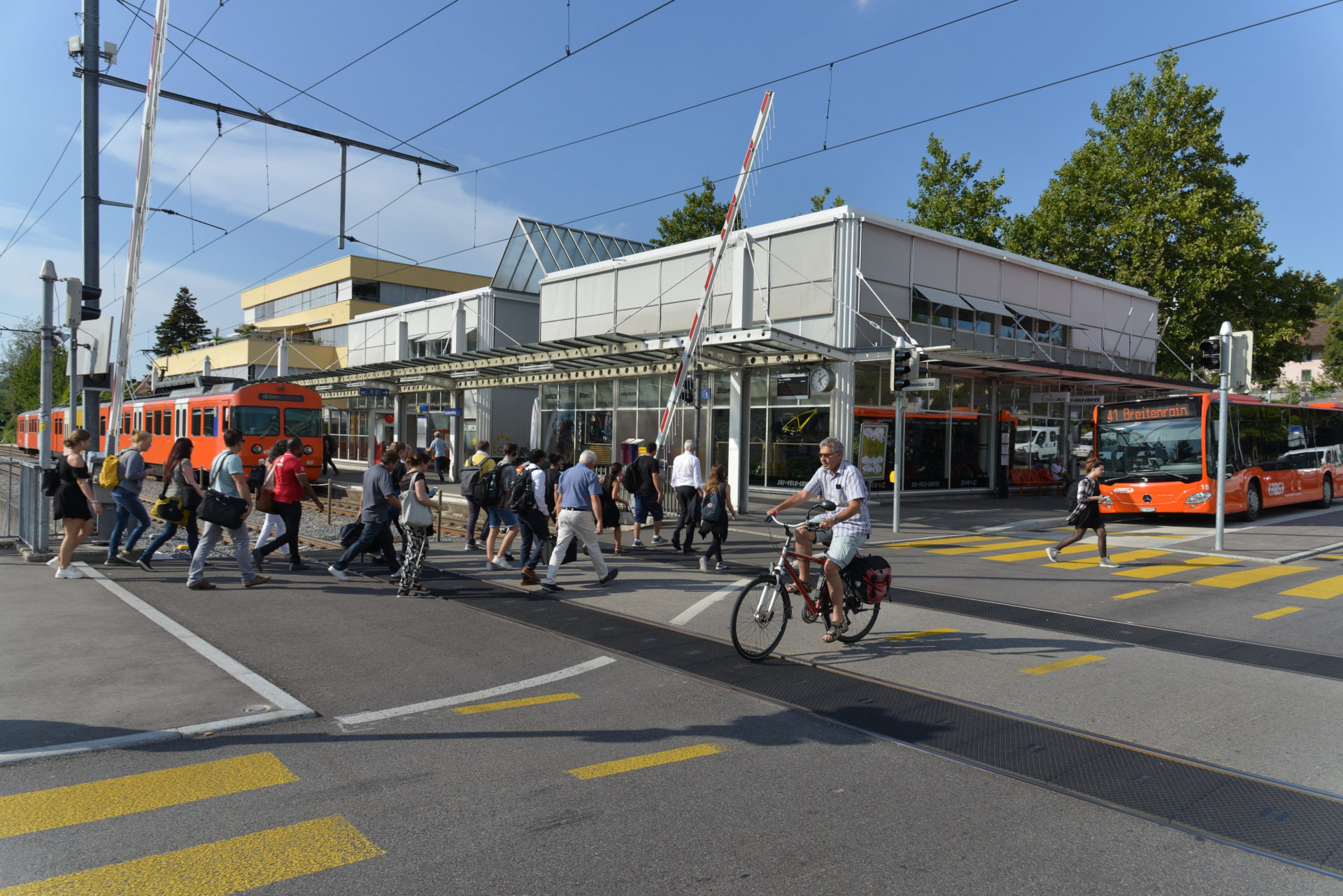 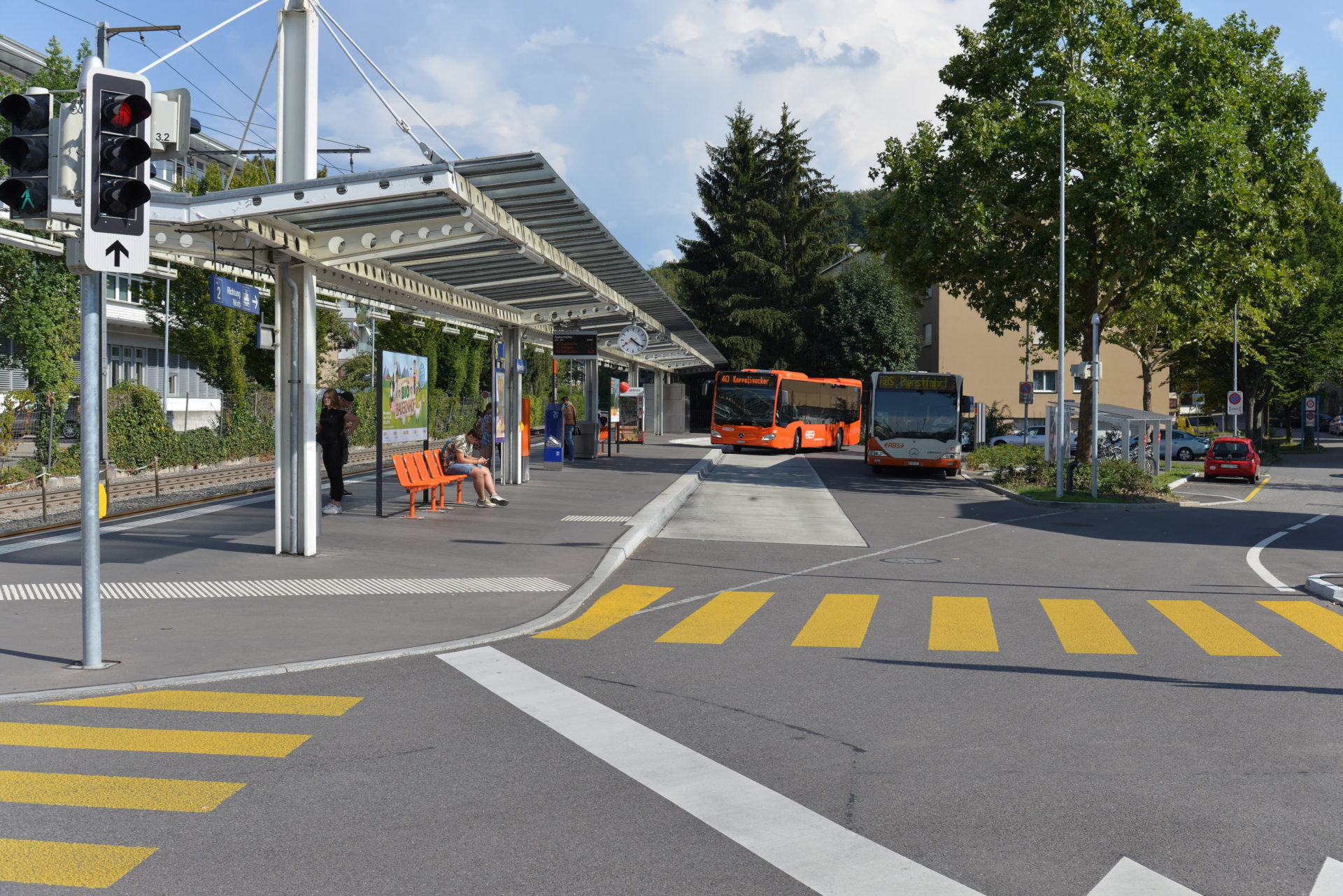 1. A transport link to Berne

The Ittigen municipality is home to around 11,500 residents and provides 10,500 jobs. It can be reached via three train stations, one of which is Papiermühle. The S7 travels there at peak times every 7.5 minutes. The journey to Berne takes 10 minutes. The Federal Office of Transport building and business park located only 300 metres away ensure a high volume of passengers. There is a bus line from the village nearby on the slope towards Wankdorf and further afield. Around 12,000 travellers pass through this transfer hub each day with more than a third of them using the bus.

Papiermühle won over the jury with its layout and the right balance between space and facilities. The platforms lie on both sides of the main street to make it easy to switch between bus and train. This layout also has the advantage that trains always stop behind the rail crossing, which means waiting times for road traffic are optimized. The main direction of Ittigen−Berne is given priority when changing from bus to train. The transfer times for users are as short as possible since the kerb where the bus stops is located directly across from the platform before the railway crossing in the direction of travel. For the opposite direction, passengers transfer on the very same platform. This design means users only need to go a few metres to change from bus to train and vice versa.

The municipality just recently improved the traffic situation for buses coming from the village. The traffic light intersection on the main street was converted into a roundabout featuring a bus lane section with lights giving priority to buses, thereby filtering the traffic and easing the passage of buses to the train station. The buses and trains also communicate with and wait for one another to maintain the transfer connection. The redesign of the street came with improvements for pedestrians through new and more convenient traffic islands.

Some of the jury highlighted the fact that pedestrians have no privileged access to the trains. However, a pedestrian underpass was not up for debate at any point since the river Worble passes directly under the railway line and seeing as the intention was for ground level to be used as a reference level for all activities at the location.

Cyclists have less space available to them, but the layout of the site does not give rise to any major need for bike access to the train station.

The jury liked the approach taken voluntarily and with consistent motivation by the municipality to transform a simple transfer location into a multimodal hub. The construction of several buildings is due to commence shortly, which will make the location and its interplay with public transport services even more appealing.